Part of the old walled garden at Eastwood Garden Centre (just north of Thornbury in Gloucestershire) was in need of rejuvenation. I devised a planting plan for four large borders centred around a rectangle of lawn, just to the east of a gazebo and traditional rose garden.
The main phase of planting was done by myself and Terry Blackwell of Blackwells Garden Services (www.blackwellslandscapes.co.uk) in April 2011.
The main east border, backed by a lovely old red brick wall and sub-divided by buttresses of yew, consists of a mix of herbaceous perennials, bulbs, grasses and shrubs. An Amelanchier canadensis tree, with an underplanting of Hellebores, has been planted at the northern end of this border which should give good spring blossom and autumn colour. Clematis and rambling roses will eventually clothe the wall.
The north border has a more contemporary feel with a zig-zag box hedge and block plantings of different coloured Lavenders.
The west border is in fact two matching borders divided by the entrance into the garden. The Euonymus 'Emerald 'n Gold' hedging either side of the entrance being all that was left of the original garden. These two borders have a purple theme with Nepeta 'Six hills giant' and Verbena bonariensis prominent.
The final border is deep and has block plantings of hornbeam hedge, box balls and coloured-stemmed Dogwoods. Behind these is a woodland walk through a small forest of Silver birch. 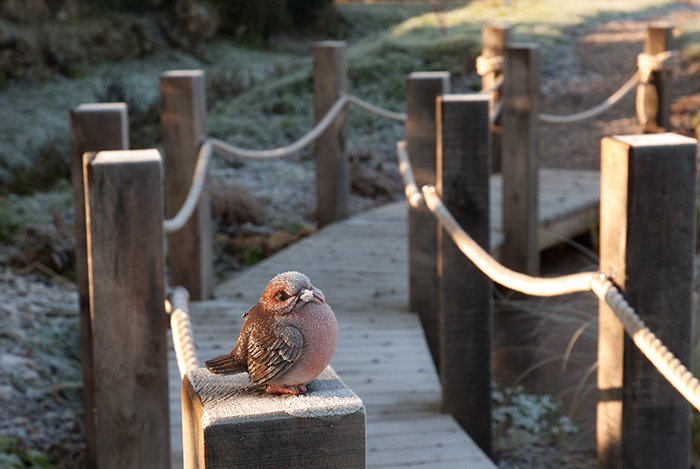