The delightfully named Honey Cottage was a blank canvas. The client requested an 'East meets West' garden, so water, rocks and winding stepping stone paths were combined with yew hedges and contemporary borders of shrubs, perennials and grasses. A stream flows into a larger pond which is overlooked by a summerhouse on a decking platform. Low curved stone walls tie-in with the existing stone boundary walling at the same time acting as rustic seats. Some specimen trees, including Liquidamber, Rowan and Prunus sargentii, one of the best flowering cherries, were also planted. In time these will add height and shade to parts of the garden. Other plants from the 'East' include Japanese Hakone grass, Acer japonicum, Acer palmatum and Cornus kousa 'Chinensis'.

Landscaping by Terry Blackwell of www.Blackwellslandscapes.co.uk 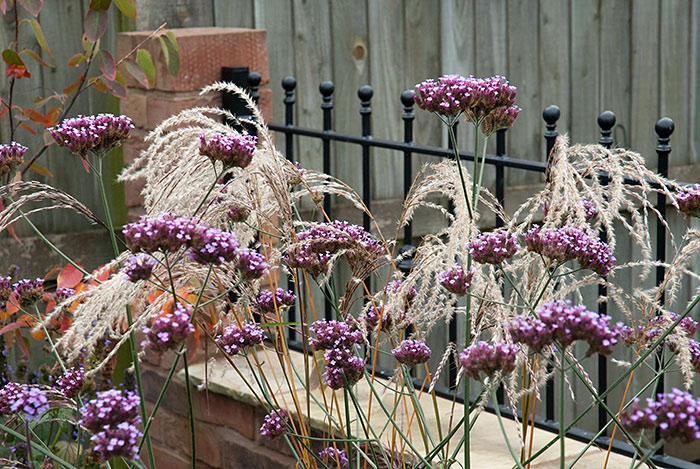